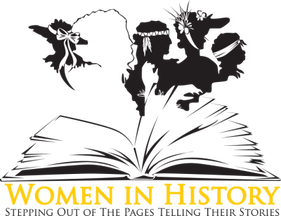 Mahalia Jackson is viewed by many as the pinnacle of gospel music. Her singing began at the age of four in her church, the Plymouth Rock Baptist Church in New Orleans.  Throughout the 1950s, Mahalia's voice was heard on radio, television, and concert halls around the world. Her shows were packed in Europe, and her audience was very enthusiastic at the 1957 Newport Jazz Festival, at a special all-gospel program she requested. In 1954, she began hosting her own Sunday night radio show for CBS. She performed on the Ed Sullivan show in 1956 where she catapulted gospel music into America's mainstream. She sang for President Dwight Eisenhower and at John F. Kennedy's inaugural ball in 1960.

From the 1955 Montgomery Bus Boycott until her death, Mahalia was very prominent in the Civil Rights Movement. Very close with Dr. Martin Luther King Jr., she often performed at his rallies--even singing an old slave spiritual before his famous "I Have a Dream" speech at the March on Washington in 1963. She also sang at his funeral five years later.

Mrs. Robin Echols Cooper will portray Ms. Mahalia Jackson. Robin Echols Cooper, joined the organization in 2000.  Robin received her Bachelor of Arts degree in Communications with minors in art and theater from Ohio State University in Columbus, Ohio. She has been telling stories professionally since 1992.